How foreign cruise lines can success in China Cruise market? 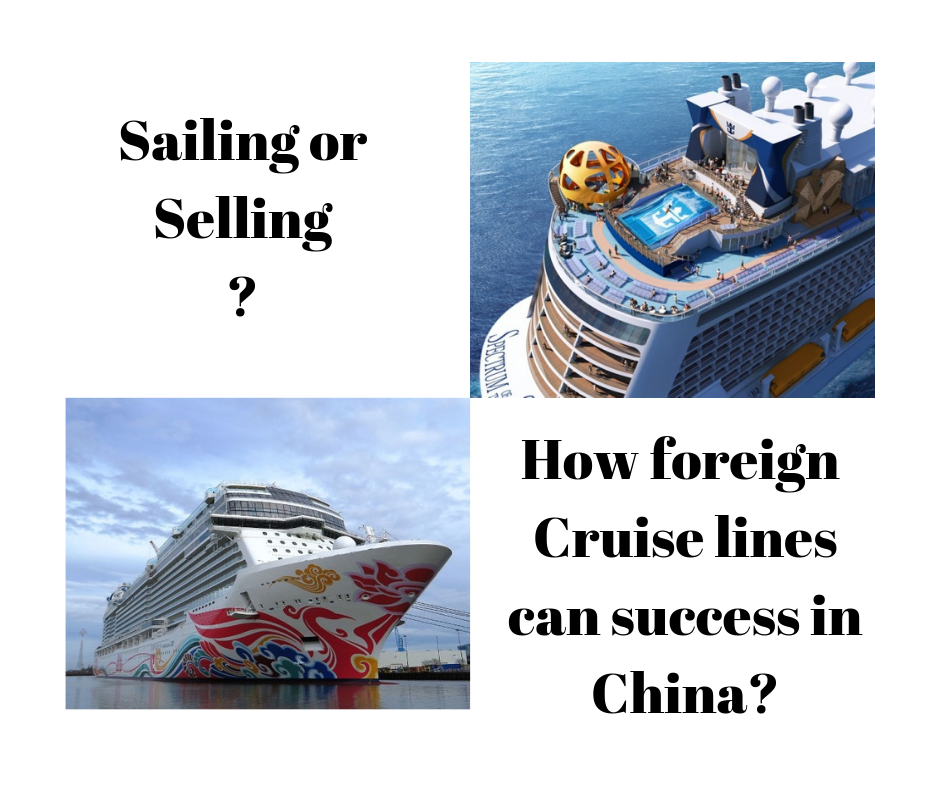 Here, we will examine two cases to see how foreign cruise lines can success in China – Norwegian Joy and Royal Carribean Spectrum of the Seas.

The withdraw of Norwegian Joy

Norwegian Joy was designed for the China market. It has Chinese style pictures painted on the ship, Chinese cuisines with Chinese menu, and 60% crews who can speak Mandarin.

It was a big story when Norwegian Joy started its first cruise on 28 June 2017 from Shanghai.

It was a big shock that Norwegian Cruise announced on 19 July 2018 that Norwegian Joy will leave China for the American market in April 2019. Just after one year operating in China.

According to Norwegian CEO Andy Sturt, the reason for Norwegian Joy leave China market is based on profit consideration in his interview with Skift. “China’s a good market. But it’s not as good as Alaska,”

But what are real reasons that caused Norwegian Joy withdraw from China market? And what we can learn from its failure in China?

The most popular reason in Chinese social media is that “Chinese Damas” (middle-aged Chinese women) ate too much and spent too little during the cruise.

According to a passager who posted five day Norwegian Joy cruise experience on social media, “Chinese Damas” enthusiasic about the “Free” foods and beverages on the ship. They took more than they can eat and left many foods on the table.

The passager also pointed out because the cheapest price for this 5-day cruise is only 1,949 Chinese Yuan (about A$400) so “it seems that this giant American ship was eaten up by Chinese.”

However, is this the main reason for Norwegian Joy withdraw from China?

It is true that the lost on the foods and beverage will increase the cost and reduce the profit. However, it is rediculouse to belive a any cruse ship will be eating up by the passgers. For most of cruise ships, food and beverage cost is minimal in the total cost.

It is the “positioning” in China market that drove Norwegian Joy out of China market. There are inside and outside factors in this case.

The coming of Spectrum of the Seas

While Norwegian Joy left China, The Royal Caribean will send Spectrum of the Seas to China for first sailing in June 2019.

This is another ship designed and made for China market. Will Spectrum of the Seas success in China?

Let’s have a look what are different here:

Time will tell if Spectrum of the Seas can success in China. Hope they can learn from the failor of Norwegian Joy and pay attention to:

With more and more Chinese travellers experience cruise, there are also opportunties for Australian business to get benefit from this growing market sector. Things like:

There are more opportunites for Australian business in China market. If you want to know more, let’s have a conversation.

This site uses Akismet to reduce spam. Learn how your comment data is processed.